PENIEL Integrated Christian Academy of Rizal (PICAR) is spearheaded and managed by seasoned professionals with excellent academic background in education and different disciplines. The school’s Board of Directors, faculty and teaching staff are all well-equipped in delivering the best basic education for the country’s youth in preparation for their collegiate life. The stellar academic track record alone of PENIEL’s highly-regarded President and School Principal, Mrs. Audreylie D. Villegas, speaks for itself. 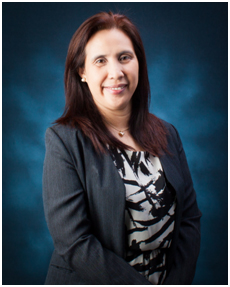 Mrs. Villegas successfully finished a Bachelor of Science (BSC) degree in Accounting at the University of Santo Tomas (UST) which is one of the Top 4 universities in the Philippines and is consistently ranked among the Top 1000 universities in the world. For the record, UST is both timeless, owing to its more than four hundred years of quality Christian education, and timely, as it continuously responds to the needs of the present. She also took 18 units of Education, passed the Board exam for BS Secondary Education major in Mathematics, and took a Masteral degree in School Management. Prior to her tertiary education and post graduate studies, Mrs. Villegas was a bona fide Scientian, an academic scholar of Quezon City Science High School (QCSHS) which is the premier science high school of Quezon City and regarded as one of the prestigious science triumvirate of the country along with the Philippine Science High School and the Manila Science High School. As such, PENIEL’s management is committed to the highest standards of academic excellence.

Bachelor of Arts in Political Science
University of the Philippines – Diliman